What will you all be doing early Saturday evening? Is the first game of the Final Four between the small programs of Virginia Commonwealth and Butler "Must See TV"? This will be the question many of the Las Vegas sports books will hope the answer to is "Yes" despite not having the traditional glamour schools from major conferences participating.

Even CBS has made it clear they know who the country would rather see by putting the VCU Cinderella story in the less attractive time slot prior to the east coast prime time hours. Ratings are a winner for television, but does it also translate to the betting window in Vegas?

These are some of the questions that not only Vegas sportsbooks will be dealing with, but the entire nation. Do we like two Cinderella's in the Final Four, or do we like just one every couple of years?

It may sound trivial, or not even an issue, because the Final Four has become such an institution over the years with every game seeming just as meaningful as the next, but is that really true? If you’re being pressured to do yard work Saturday by the wife, knowing you have to sacrifice one game over the other, at what time do you start shaving the palm trees?

It's probable that unless you're from Virginia or Indiana, the Kentucky-Connecticut game will get star billing in every household. At the same time, how can anyone not be compelled with it being the first Final Four ever to not have a No. 1 or 2 seed present while also offering a No. 8 and 11 seed?

The rabid college basketball fans who frequent the Las Vegas sportsbooks every day will be ready for the pre-game show and primed no matter who's playing, but for the fringe fan -- the guy who breaks out his home state's college shirt once or twice a year, it's a tough sell which could have final handle numbers for the weekend games off a little.

"I don't think so," says the Las Vegas Hilton's Super Book's Jay Kornegay, "I think the four teams have a little bit to offer for everyone that loves college sports. Yes, VCU isn't as well known, but that's part of the excitement and Butler is kind of a well known name just from being there last year."

Whatever sporting event is coming to a close, it attracts more people to the betting windows and increases handle. The events cross over into homes of folks who don't necessarily follow the sport weekly. Events like the Super Bowl, Kentucky Derby and NBA Finals don't see more volume because the regulars are betting more, it's the people who want a piece of the excitement and a rooting interest that don't play daily who make the difference.

Casual sports fans know Connecticut, they know Kentucky, but they don't know Butler or VCU. You've got the well known Big East and SEC conferences battling who have been on television all year up against the Horizon and Colonial conferences, who are barely seen no matter how much you're willing to pay in DirecTV packages.

"I think this is going to be a normal Final Four compared to years past," said Cantor Gaming's Sports Book Director Mike Colbert, "But I will say that the handle for the UConn-Kentucky game will far outweigh the other game."

There is the innocence of the college sport and the school name across the chest that comes out and grabs the attention of casual fans when underdogs knock off giants that compels them in the same way that endeared us to the movie Hoosiers.

"Most college basketball fans are like me and enjoy seeing the whole story unfold no matter who wins it just because these games are always intriguing," said Colbert, "But across the board, it's the big teams that still draw the big money."

While the Final Four is a big weekend with two big games Saturday and the Championship game on Monday, it's still not up there on the level of the Derby or Super Bowl.

"It's not like the first weekend of the tournament by any means," Colbert said, "People don't fly in to Vegas for Final Four weekend like they do for the first two weeks."

People are worn from the barrage of games that have captivated us all for the last two weeks and when the last three games come around, people want to watch, but they aren't making destination plans to do so.

"The NCAA Tournament is kind of unique for us because the big splash for us happens in the first two rounds," says Kornegay. "It's the only major sport we have where the final game doesn't have the same type of impact for us as the preceding games."

The actual impact of two Cinderellas making the Final Four to Las Vegas won't be known until next week, but Kornegay believes the entity of the event will hold more weight than the participants.

"I don't think it really matters who is in the Final Four, they're going to bet it no matter what."

Check Ego's at the Door, VCU Made the Final Four...Deal With It!
I've never seen the national sports media carry a grudge like they're doing with VCU during their run. Most acknowledge that it's a phenomenal story with a team that barely made the tournament having to win a play-in game just to make the field of 64, and then making the Final Four.

National sports writer Jamele Hill -- who has most recently found fame with her mug on ESPN's "Around the Horn" -- and the always positive hoop spin doctor Dick Vitale have been quick to remind everyone on the social network, via Twitter, that VCU still shouldn't be there. They are sticking to their guns regarding their initial tirades when the selection committee came out with their top 68 teams.

Sure, the few selections were debatable, but after all that has happened, you would think that these ambassadors of the college game might celebrate the accomplishment more.

How about guiding the anger in poison tweets to more worthy topics in regards to the college spirit like questioning the tactics of John Calipari, who somehow is still allowed to roll out his card tricks in the face of the NCAA after crushing two programs, right? 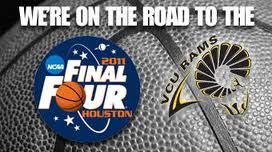 We forget that these kids are just that, kids. It's a game with young adults who are going to school, not getting paid -- in most cases -- and should be void of the type of commentary we reserve for the professionals. Negativity by the media, especially at this level, is unfair. It makes you understand a little what Oklahoma State football coach Mike Gundy was saying when he went on his famous "I'm a MAN" tirade with the media.

Even though Calipari's players may benefit more than others, to see two teams like Butler and VCU do what they are doing should inspire and show that the college game isn't all about non-sanctioned agents, AAU coaches, shoe camps and networking.

It shows that if you have good coaching, players who have some talent that want to better themselves, get an education and work well as a team, you can reach the pinnacle no matter what small conference you're from. Most of the VCU and Butler players have played with each other for three years or more and are a true team in the concept, while Calipari and Kentucky continually have players with basically one-year contracts.

Even though I thought Colorado should have made the field of 68 like many others, I know who I'm rooting for right now without my tiny ego getting in the way.

So VCU lost to Drexel, Georgia State, James Madison, Northeastern, and well, let's just say quite a few others. However, they are also the only team to win five NCAA tournament games and win by double-digits against four of them. They won as double-digit underdogs against both Purdue and Kansas, so why not take down Butler and whoever makes the final?

As for Butler, after getting through a tough three game losing streak at the end of January -- losing to the likes of Youngstown State -- they have reeled off 13 straight wins coming into the Final Four as the hottest team remaining. They have also covered their last six games in a row.

The SEC wasn't a highly regarded conference within the RPI rankings, but Kentucky did what they had to along the way and has won 10 games in a row, including winning the SEC conference tournament. They knocked off Florida in the SEC title game -- a team seeded higher than them in the NCAA's -- and then went out and beat a Big East team, Big Ten, and ACC squads to get where they are at. They may have the most impressive credentials of all which is why the Wild Cats are the favorites to win it all.

Connecticut didn't lose to a team outside of the Big East all season. They started the season off with 10 straight wins and are currently on a nine-game winning streak that includes winning the Big East tournament. Everyone knew they were good coming into the season, but we kind of got side tracked because of the nine conferences losses. Whatever it is they have done, they have sandwiched in a terrific season of excellence. The most attractive aspect of siding with the Huskies is that they have a star in Kemba Walker who is filling it like not many others have on this stage.

Because of the star player angle with Walker and Connecticut truly being who were all thought they were from November, I'll take them to beat VCU in the Championship Game by nine points.

Sweet 16 Results Good for the House
With all the upsets that occurred last week, it was only natural that the sports books did well. However, after missing out on a string of VCU upsets, the bettors finally jumped on the bandwagon with them against Kansas on the money-line and point line. Despite paying out 5/1 (Bet $100 to win $500) and higher with VCU money-line plays, there was a large cash reserve in the bank with the likes of public favorites Ohio State and Duke losing outright.
Posted by Fireballr7 at 12:45:00 PM 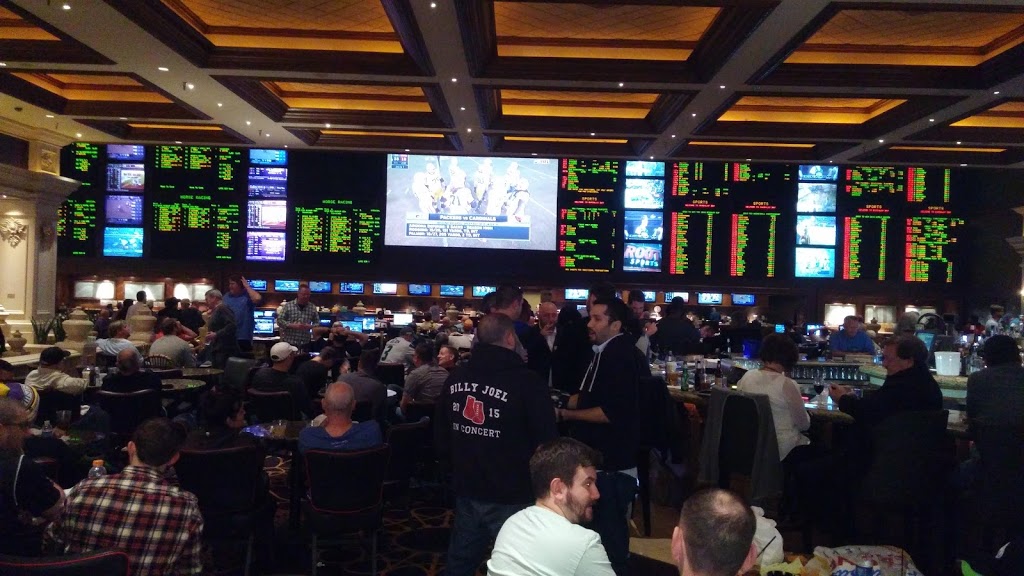 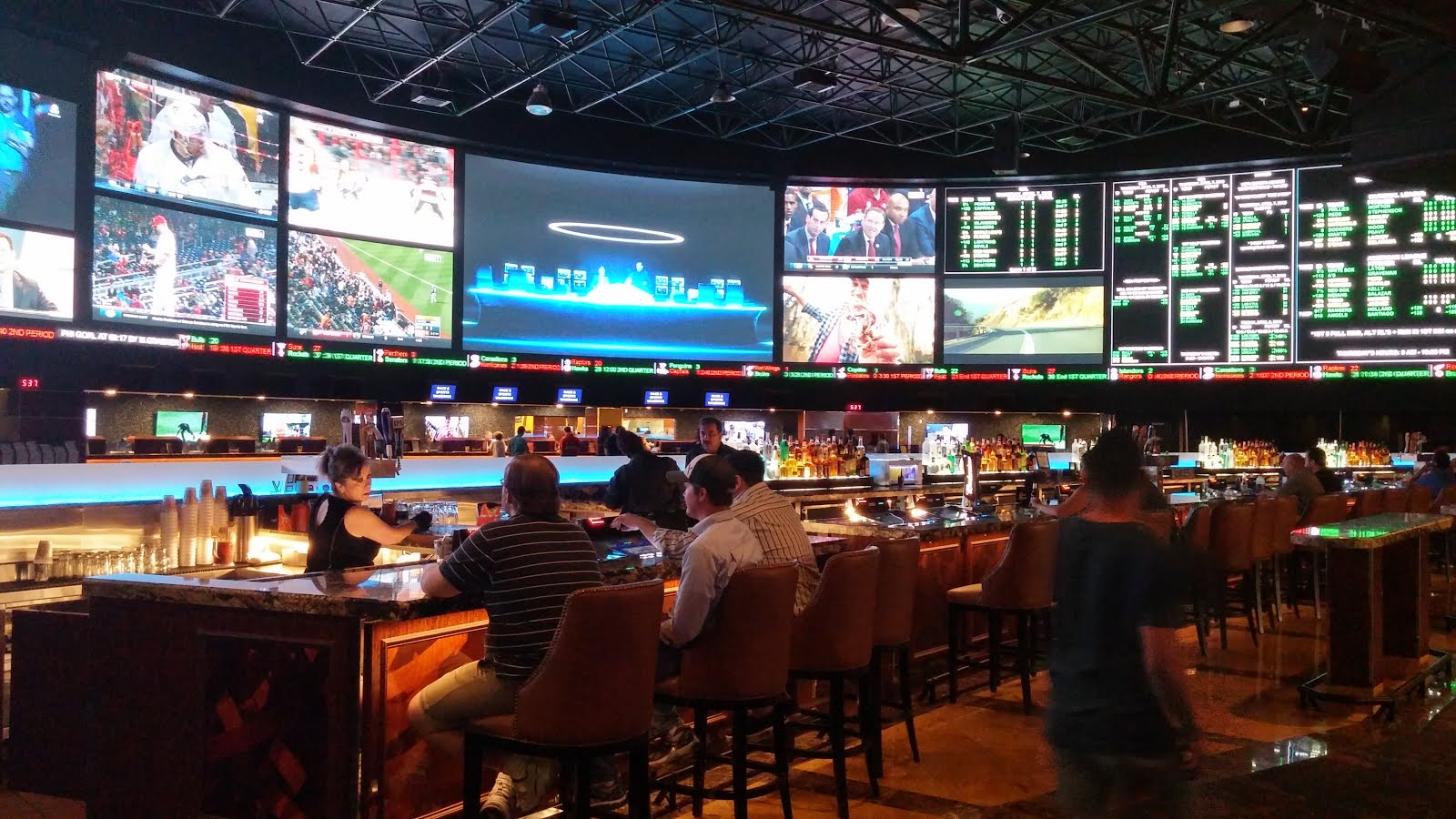 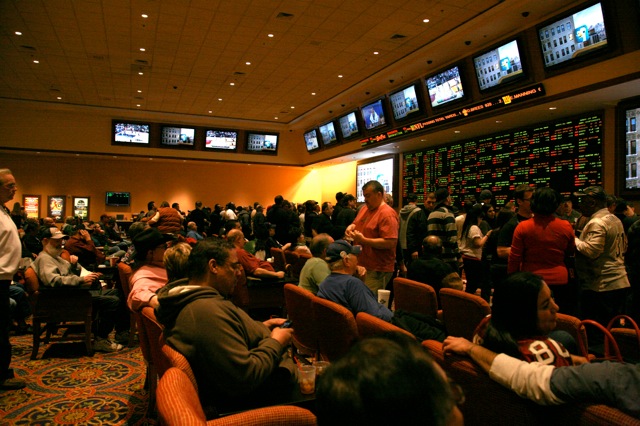 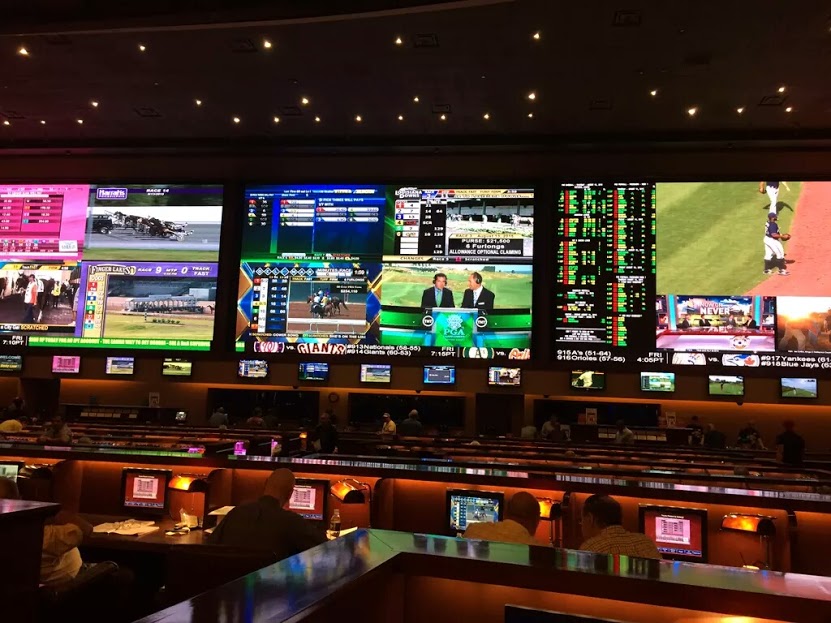 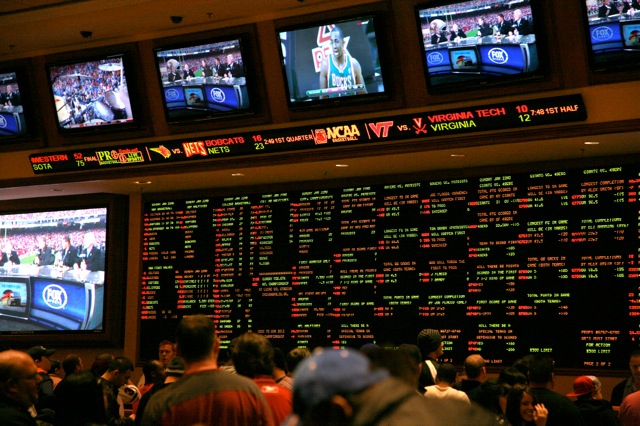 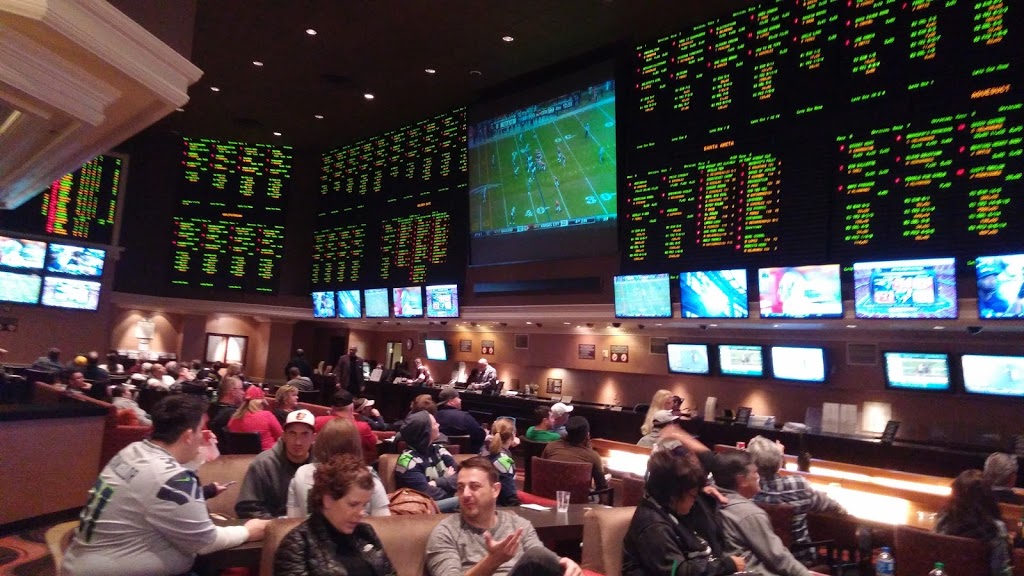 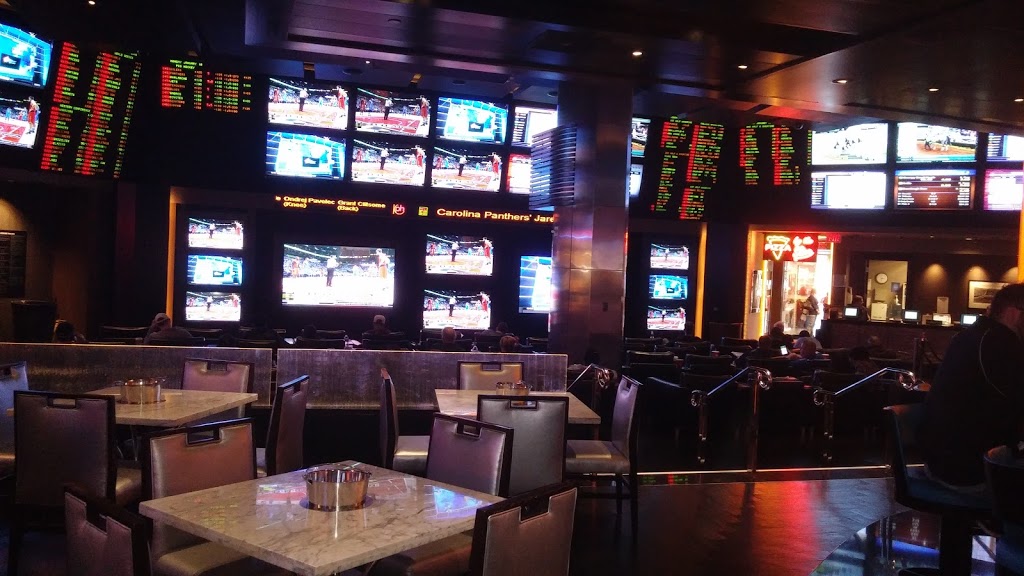 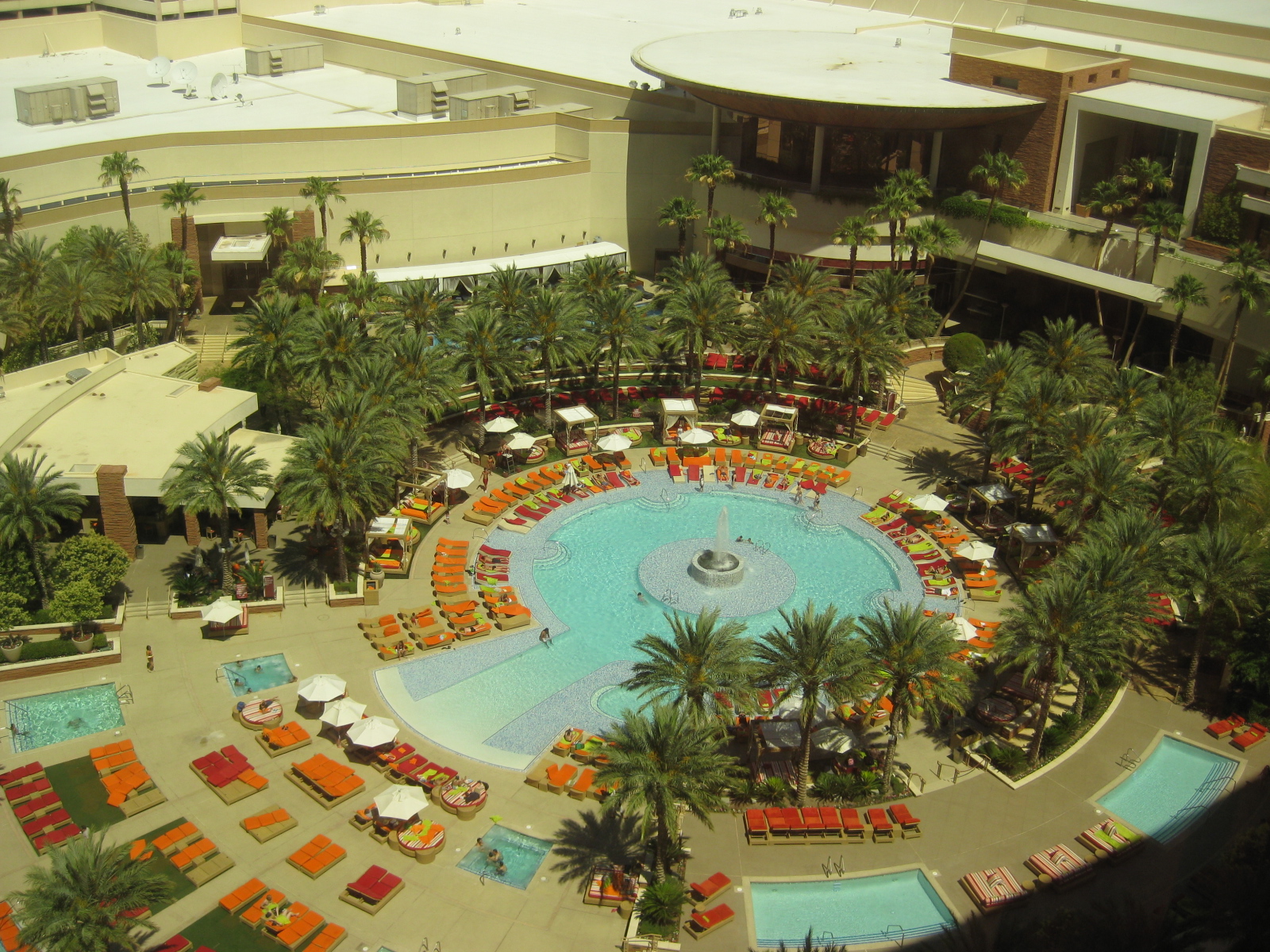